Thousands of foreign investor immigrants are stranded at the moment after the U.S. Regional Center EB-5 program that led to permanent residence sunset on June 30th, 2021. The program has not been reauthorized since then and the I-526 petitions that were filed by foreign investors under the program are in limbo until the program is reinstated. What is more, in some cases, foreign investors who invested in one of the Regional Center projects have also discovered to their dismay that the funds they invested have been lost as the projects involved ran into financial trouble, in part from the negative impact of the Covid-19 pandemic on business. It seems to them like a perfect storm has derailed their hopes of a better life in America. Bewildered, they await further word on the future of EB-5 investor immigration in the United States.

Meanwhile, the U.S House of Representatives has finally passed one of the two infrastructure bills it had under consideration. The bill called the American Jobs Plan, called for massive investments to improve the country’s roads, bridges, pipes, ports and internet connections and involved $1.2 trillion in spending. It was adopted on the basis that the Build Back Better Act, a companion human infrastructure bill, would be passed by the House during the week of November 15. Negotiations in Congress dealing with infrastructure spending stretched out for weeks essentially blocking any movement on other measures that might have included fixing EB-5 program matters. 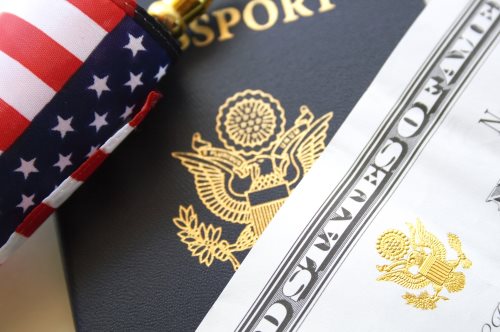 The upshot of the most recent development, while it was welcome in terms of legislative movement, still left the fate of the Regional Center EB-5 program uncertain. The way forward for the EB-5 program remains re-authorization of the Regional Center program. Failing re-authorization of the program, members of the U.S. investor immigrant community at the very least want to ensure that the foreign investors currently left in limbo be grandfathered in on the basis of compliance with the rules that were in place as of the date of their investment, albeit that the program itself folded thereafter.

As for re-authorization, that could take the form of either Congressional adoption of an omnibus appropriations bill that includes an EB-5 component, or attachment of a renewal of the Regional Center program to a Continuing Resolution adopted by Congress by December 3rd, 2021 to keep the federal government open until some time in the new year. The problem of a renewal of the program as part of a Continuing Resolution is that the Regional Center program was decoupled from this way of renewal in June when the program sunset so reversing that decision would be difficult. Discussions in the EB-5 community have indicated that the likelihood of gaining approval of an appropriations bill given the delays caused by the protracted discussions related to infrastructure legislation is not good. According to the prevailing wisdom, a simple Continuing Resolution will be passed without any reference to the EB-5 program, thereby delaying any consideration of the program until the new year.

Pause For The Time Being

That would mean that the Regional Center program will remain on hiatus until the new year and only then will there be any chance of renewal. There is some speculation that the delay in addressing the Regional Center EB-5 program is reducing the likelihood it will be resurrected at all and that what remains open beyond the Regional Center aspect is not enough to assure the long term viability of the EB-5 direct investment program that is still active.

What If There Is No Renewal?

To guard against a total collapse of the EB-5 program and the likely impact that would have on future foreign investment in the United States, the American Immigrant Investor Alliance, a Washington, D.C.-based non-profit has proposed the adoption of a Foreign Investor Fairness Protection Act (FIFPA). The act would grandfather foreign investors from loss of their funds by virtue of retroactive effect of EB-5 developments and create a safety net to protect them. Ishaan Khanna, who heads the organization, argues that no matter what else Congress may be asked to do, it should pass a stand alone bill or otherwise enable investors to qualify for their green cards. Passage of such a bill would at least resolve one of the two major issues facing Regional Center EB-5 investors. Then the only problem left to be resolved would be the recovery of funds invested, a matter that would have to be left to the investors and their legal advisors to address in each case, since part of the requirement of the EB-5 program was that the investment had to be put “at risk” to qualify the investor to get permanent residence. In addressing this aspect foreign investors can consider litigation, negotiation or possibly turning to the Securities Commission to review projects regarding any fraud or misrepresentations that was involved.

Please fill out all information, JA & Partners will contact you to advise as soon as possible.